Autobahn’s new campaign for Sailor Jerry rum’s launch in Brazil is finally live. With a launch and screening party that happened in May in Sao Paulo (Brazil’s biggest city), the films received incredible local and international praise. The main film lives in a bespoke website that was created specifically for the launch and that explains the story behind the project and the film’s characters. You can have a look at the extent of the campaign by clicking here.

The site is in Portuguese but if you can’t understand Portuguese you can at least check all the craft that went into developing the project. Below you can watch the individual films created for each character that were used on all social media platforms in the build up to the main screening. 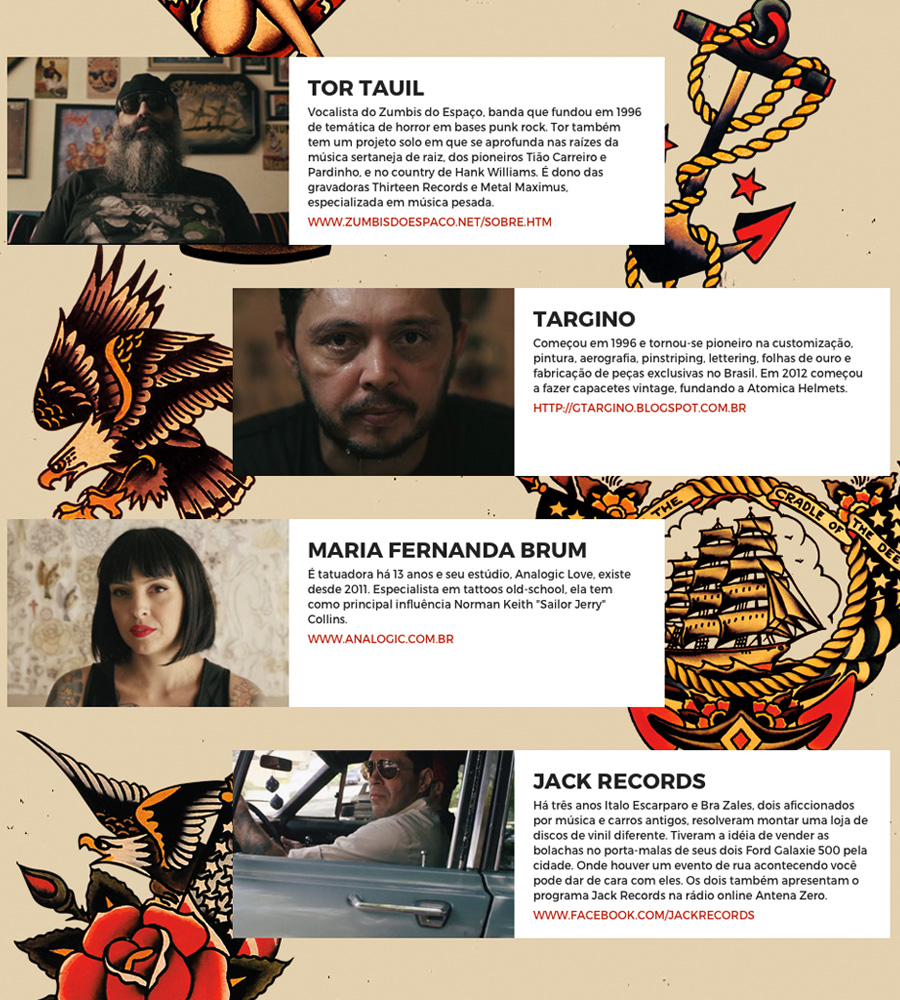 Custom motorcycle builder and helmet painter, Targino is a key figure in the Custom scene in Brazil.

Tor is the lead singer and songwriter of the Zumbis do Espaço, a very influential band of the underground scene in Brazil. Tor also owns 2 record labels (Thirteen Records and Metal Maximus) and plays an important role in Sao Paulo’s rock world.

Jack Records are reinventing and re invigorating the vinyl business in the country. They sell records from the trunk of 2 Ford Galaxy 500s and do that all over the place since they can literally drive their shop around.

Maria Fernando is a very talented tattoo artist heavily influenced by the work of Norman Collins (a.k.a. “Sailor Jerry’). She owns the studio Analogic love and has being tattoing for the last 13 years.