Shooting in Switzerland for Cailler chocolate

When the plane was accelerating along the runaway and the orange glow from the sun setting washed the whole scene, we knew this was going to be a special take off. As we took to the sky the far away landscape revealed itself, it was stunning. The Swiss alps stretched along the horizon with its white peaks looking over lake Geneva. We have just spent 5 days shooting for Cailler chocolate in and around the Gruyére region.

Surrounded by mountains it was filmmaking bliss. Misty mornings would turn into crisp sunny days, and then close with colourful sun downs. Mountains, waterfalls, forests and beautiful Swiss architecture provided us endless possibilities with how to tell the story we were there to capture. After all, we believe you can’t detach the human from the environment to which he/she belongs.

The human in case was Geraldine Müller Maras, possibly the best female chocolatier in the world. She has represented Switzerland in the world championships which consists of the participants creating a sculpture using only chocolate. The competitors skills are truly magnificent and their finished pieces look like it could have been carved in marble.

As usual the challenge is to find the person’s story, what lead them to where they are and what made them rise to the top of their field. A lot of the time this is something they don’t think about as usually their drive pushes them to look forward and carry on working, evolving.

It is always a pleasure for us to discover and peruse the life of people on top of their game. Through the years we found that there isn’t much difference between someone that is the best chocolatier in the world to a great tattooist in Sao Paulo for example. Of course their art might be very different, but their drive, focus, mindset, it is all very similar. 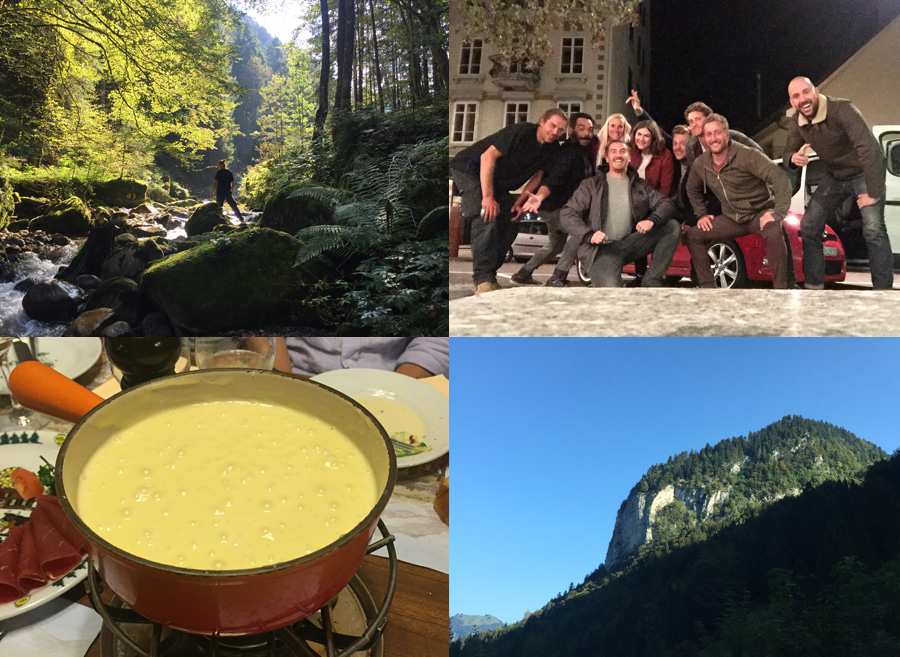 Geraldine is a product of her environment. She loves the mountains, being outdoors and being at one with nature. This allowed us to make the connection between her art and her surroundings, making the film bigger and bringing all the swiss bucolic nature into the film.

We shot this project using the RED EPIC and Kowa anamorphic lenses which gave the image a distinct ‘fable’ look, expressing the fantastical and creative aspects of Geraldine’s work. The drone shots where capture using the Inspire 1 with the X5r camera by the excellent @lightcoloursound team (a.k.a. the Boydell brothers).

The world never ceases to amaze us and on that sunset flight coming back home we were certain we had shot an incredible film.